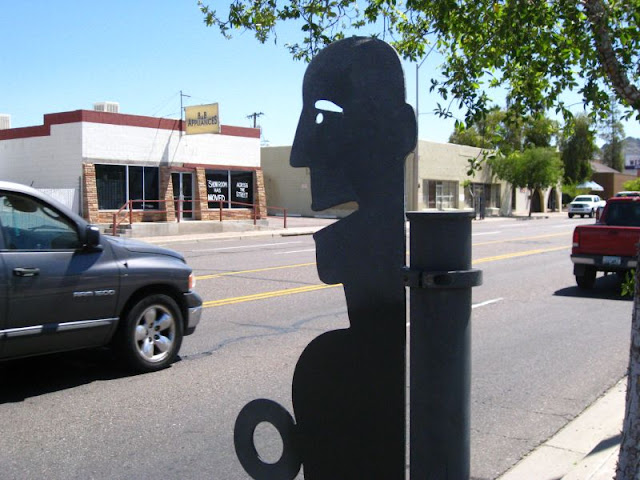 Tear, or Sweat? With that view....
I did a lap around Metrocenter on Sunday morning, before the cars arrived. Click that satellite image I linked to for Metrocenter, it will help illustrate the point. This is a place designed for a world of cars, intended to separate money from people as expeditiously as possible, perhaps exceeded in sheer dehumanizing economic extracting despair only by Las Vegas. On Saturday, I swung through Sunnyslope (sounds happy, doesn't it?) because I heard there was some Kevin Berry art in the area. I found the art, and I'll post pics of that in due time, but I also acutely felt the bleakness of some features of urban design, construction, destruction, and decay. You all know it, you all see it: there's a battle going on out there, between those who are at best thoughtless, at worse cynical or manipulative, who think that no one cares how ugly or dehumanizing our cities are, and those on the other side who want to build beautiful things and places, who want to make us smile, or think about other things besides economic necessity. 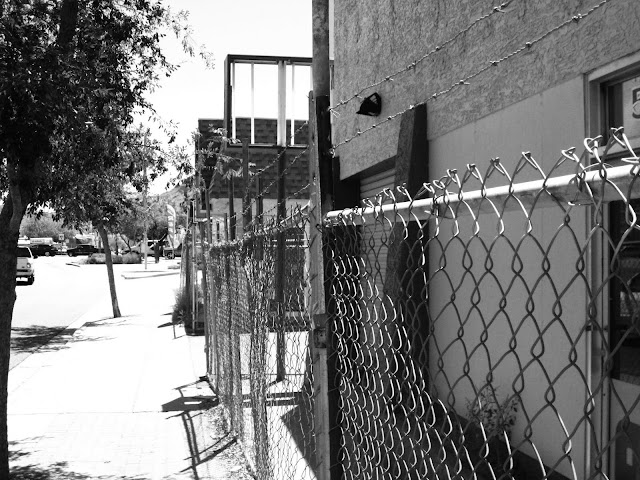 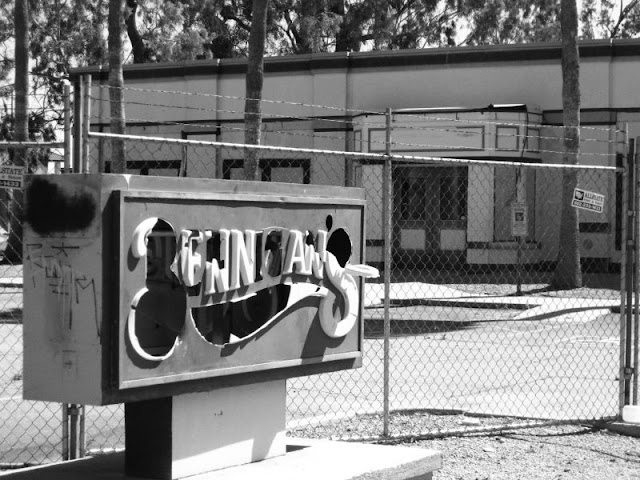 At Metrocenter They Have Need of Fencing, Too 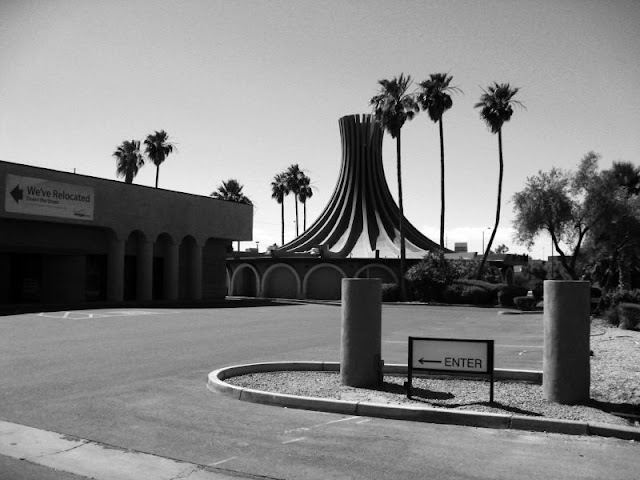 An Architecture that Scowls Back 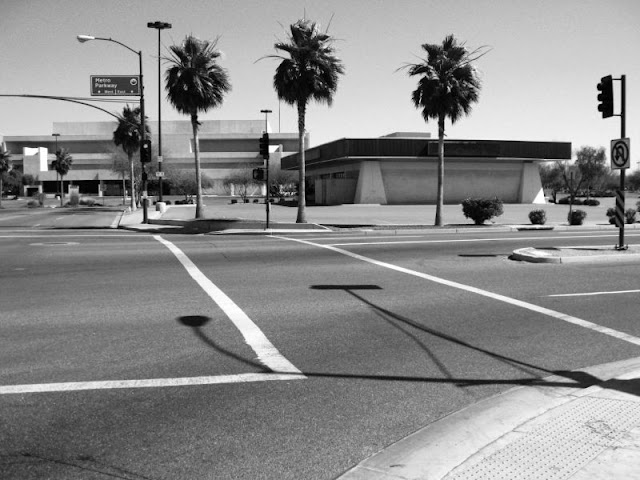 Details to Draw You Into Your Inadequacies (fix with BOGO sale) 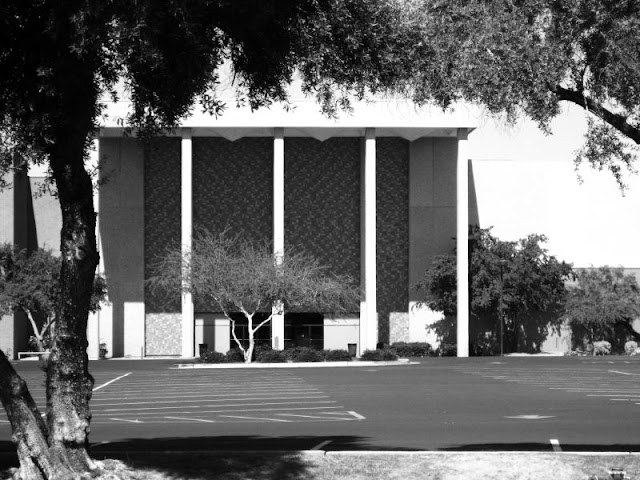 Marcello Piacentini Was Here
After that unrelenting visual crap, riding home along the canal, I felt anonymized, dehumanized, smaller. So I smiled a little wider at people, bid them good morning, waved like neighbor welcoming someone into a small town. And you know what? People reacted. Briefly connected. Saw me smiling, smiled back. Said Hey. Waved. Rode their bicycles side by side with me in this stunning extension of Spring moderation we're feeling--it was cool last night, at the end of May, in Phoenix, I required long sleeves and jeans. And I thought, what fights against the massive blind slabs of reinforced concrete, the acres of parking lots, the barbed wire and chainlink, the megatons of ugly blasting into my head, is the thoughtful details: smiles, waves, sculpture, art, built things which aspire to raise us above mere units of economic activity. Very often these are people-scaled, viewed by slower moving people not locked up inside aircon metal boxes wizzing by from purchase to pay to purchase to pay. Metalman isn't crying. He's sweating the small stuff. He's worried you'll fly by and miss it. Here's some I saw this weekend, below. Get up. Go ride. Kevin Berry Again. You are awesome. Metrocenter melts before your mighty power. 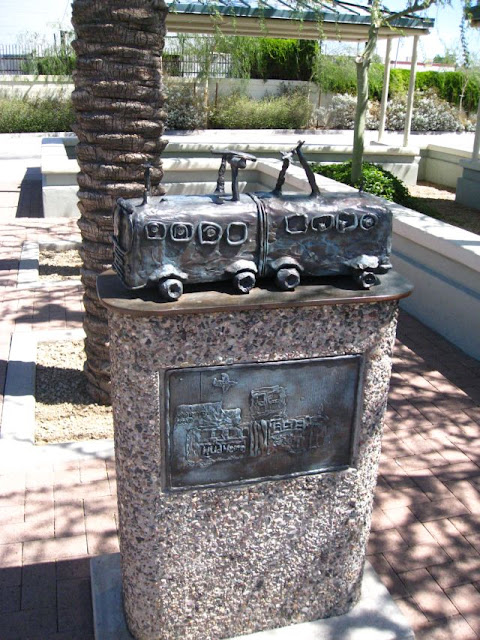 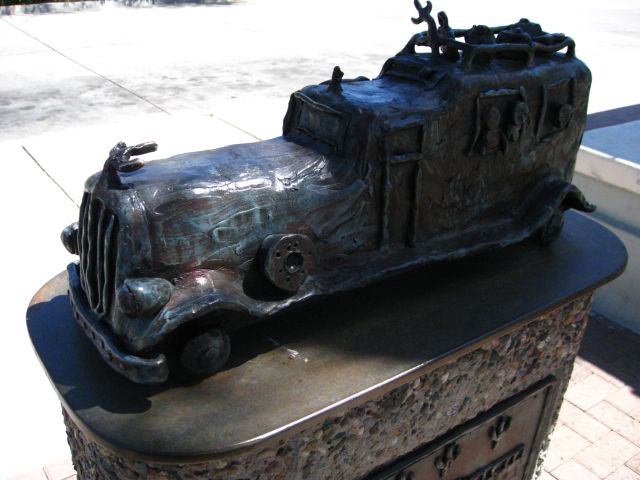 Metalman Smiles Upon You, and Bids You Peace 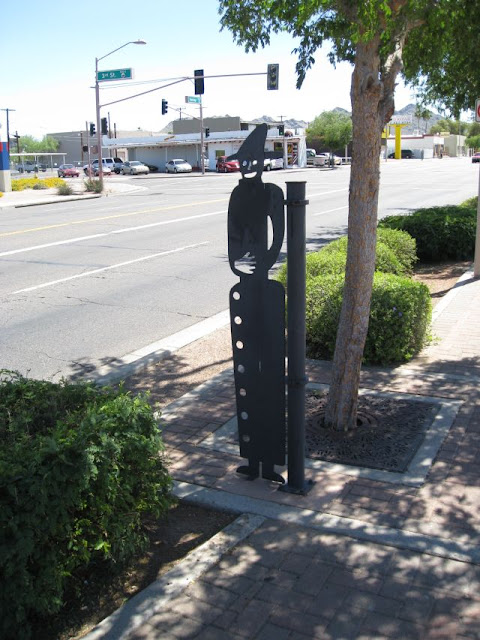 MetalCowboy Wants You to Laugh 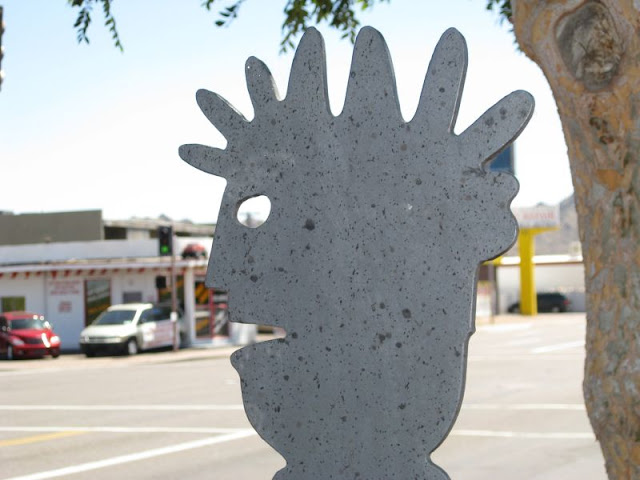 I Think He Digs My Purple Bicycle 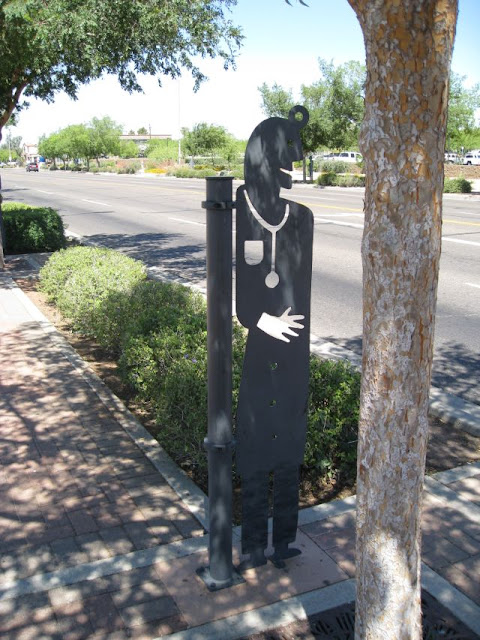 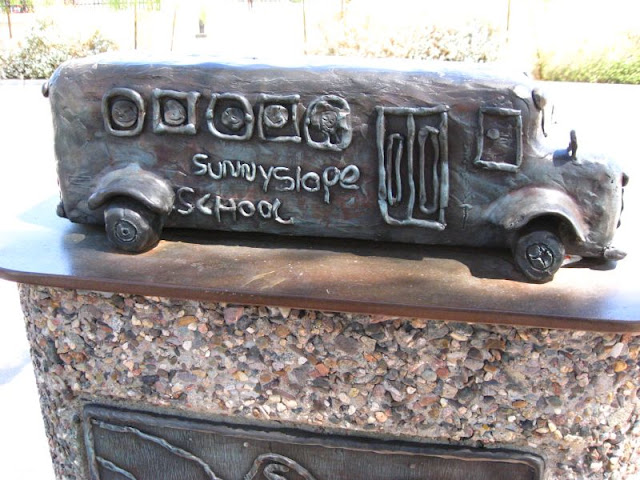 All Aboard. Everyone Rides Free