A Mystery with Three Bike Signs 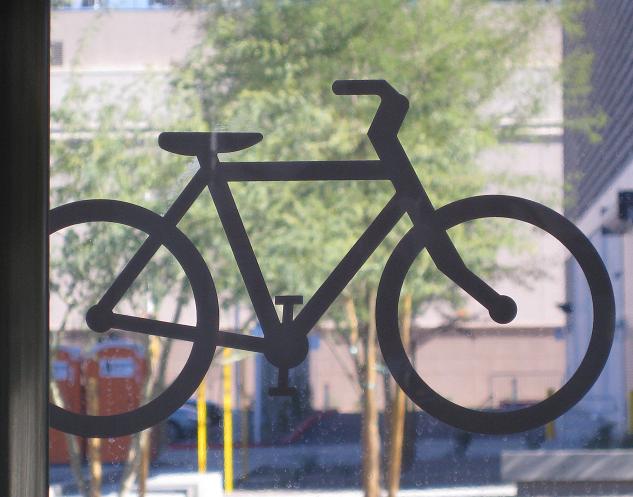 I looked for the bicycle symbol as the train came to a stop, then rolled my ride through the doors and to the location with the hooks. There was one other bike already hanging there, a rusted old French road bike that looked like some old guy's weekend project. It was in tough shape. As the train started moving, the corroded chain of the bicyclette slipped off and clattered to the ground. I looked expectantly at the old guy sitting across from it, thinking he would reach over and pick it up, but instead, a woman around my age, wearing a tight-yet practical ensemble in black and green that somehow matched her makeup perfectly slid in, snapped up the chain, and sat down next to me. Initial impression: the bike wasn't hers. Processing: of course it's hers, but I didn't give the processing enough time to complete. "That's not your bike, is it?" I said, I a half-second too fast. She looked at the battered cruisemuter with fenders and rack hanging next to the bicyclette, and then at me, and said, "That one is definitely yours." It should have been easy for me to take the slight put-down, and strike up a conversation about bikes, but I was exhausted from a tough week at the grindstone, and she seemed wrapped up in her iPhone, of all things. She reminded me of someone. My stop came soon enough, and I rose to get my bike. She stood up at the same time. 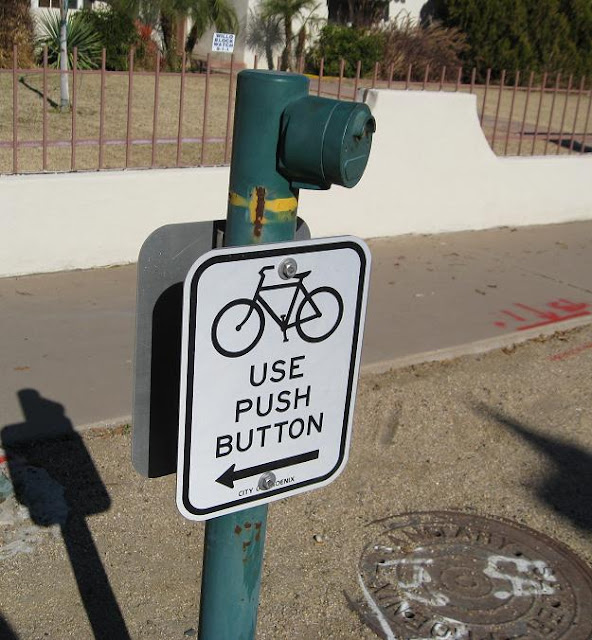 The Button
She unhooked the bicyclette and set it down as if it were weightless, with a practiced movement of unconscious smoothness. I reached up to unhook the cruisemuter, but just as I took its weight, something about the way she moved grabbed my attention, and I turned my head to watch her go. As I did so, the bike hook snagged some of the spokes of my front wheel, and with a practiced movement of unconscious smoothness, I turned at the hips to set the bike down, and ripped the spokes right out of the rim. That wasn't as hard as it might sound: the rims on the cruisemuter were older, and I had noticed a few cracks around the nipples anyway.
I rolled my crippled steed off the train just as the doors were closing, and bent to review the damage. Two ripped-out spokes, along with a third that looked damaged. So much for an easy ride downtown and around the park to get some video for the blog. I was going to have to take it to a bike shop to fix the wheel first. Fortunately, the Greasy Porcine shop was within (long) walking distance, or a short ride on the metro. I looked around for the woman with the bicyclette, to see if perhaps she knew of a closer shop, thinking she might be headed there to fix her ride. 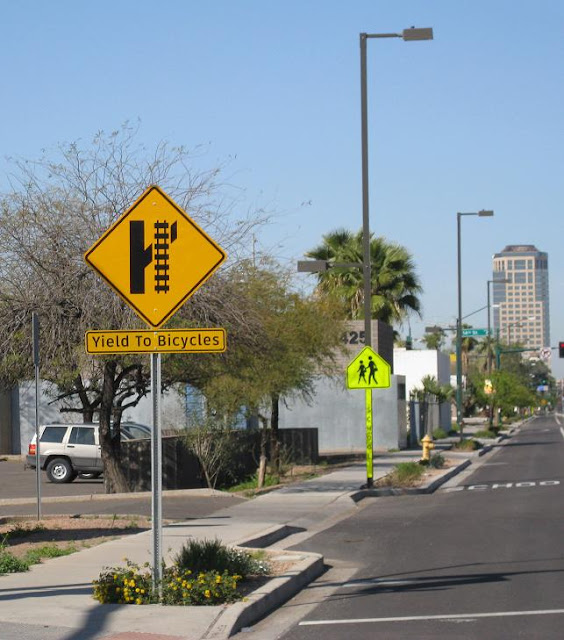 I Yield to Bicycles
I caught up to her and asked her if she was going to the Greasy Porcine, or somewhere else, to get the chain of the bicyclette fixed. She said she was, but that she was supposed to meet a friend in this neighborhood who knew bikes, and who would go along with her to the shop to talk turkey with them. After a few moments of walking around, though, and looking at her iClock, she said, "It looks like he stood me up again. I'm sure he'll have a great excuse. Now what."
"I have to go to the Porcine now, too, why don't we go together?" She looked at my bike again, and I wondered if it really mattered to her that much what I happened to be riding at the moment. Would she have a different opinion if I had my carbon fiber road bike? What would she think about my mountain bike? My single speed? "Sure," she replied, "But stay away from my spokes."
One of the broken ones on my wheel had bent around and was preventing the wheel from turning, so I knelt next to it to twist around a nearby brother for safekeeping. "Hey, I know a good coffee shop on the way, you want to get an espresso?" It sounded so good when I said it. I could almost taste and smell it beforehand. But she didn't answer. I had some trouble getting the spoke to stay wrapped around its neighbor--I would bend it around, and it would spring back just enough to unwind and pose further blocking, so I tried again, finally just bending it more and weaving it through some of the inner parts of the wheel.
When I stood up, she was gone. I couldn't imagine where she had gone, or why. All I did was ask her about coffee. I reached down for the "Bicycle Use Push Button". She reminded me of someone. Maybe if I rolled back and took the metro, I could still catch up to her at the shop.
Posted by John Romeo Alpha at 7:26 PM